Flax for Linux is here!

Game developers can deploy their games to support desktop gaming on Linux or use special build options to run a game in the cloud for multiplayer and streaming purposes.

Under the hood, we use Clang 7 to compile engine source and all dependencies (Mono, PhysX, freetype, etc.). X11 is used for window system and mouse/keyboard input.

Bringing Flax to Linux was challenging but it’s a major step in multiplatform support for the engine. At this point, Flax supports 4 platforms: Windows, Linux, Xbox One and UWP. We want to extend this to all major consoles (PS4, Switch) and mobile (iOS, Android).

You can expect Linux builds support in the upcoming Flax 0.6 update and open beta coming soon…

Hi. Where can I find the Ubuntu installer? I’ve looked all over. Thank you, in advance.

Hi. I also looked for Ubuntu installer. I think it will be a huge plus.

it’s all on their Github

Two questions above are unanswered, which suggests that Flax team is not too responsive. I’m thinking about moving from godot to flax, however easiness of using godot on linux stops me from doing so for now. Are you going to make it easy for linux users to launch flax in some near future?

Yes! We are currently working on the Editor for Linux (on a branch: https://github.com/FlaxEngine/FlaxEngine/tree/linux-editor). This should be available in early 2021.

Great! Good to know.
And before I quit everything for FLAX once Linux editor is ready, may I ask if double precision is supported in FLAX?

Not yet but it’s planned.

Editor support for Linux is coming soon and it will include support for newer Clang versions (https://trello.com/c/JBECyDyz/323-editor-for-linux).

Nice! Thanks for the link, can’t wait to test the engine and now I can keep track! Good luck to you all, looks like you did an amazing job 🙂 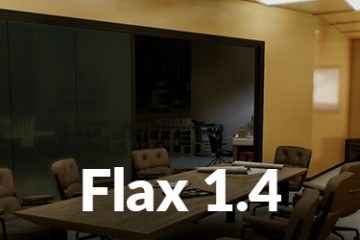 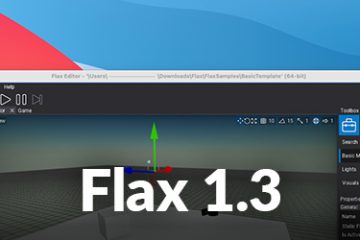